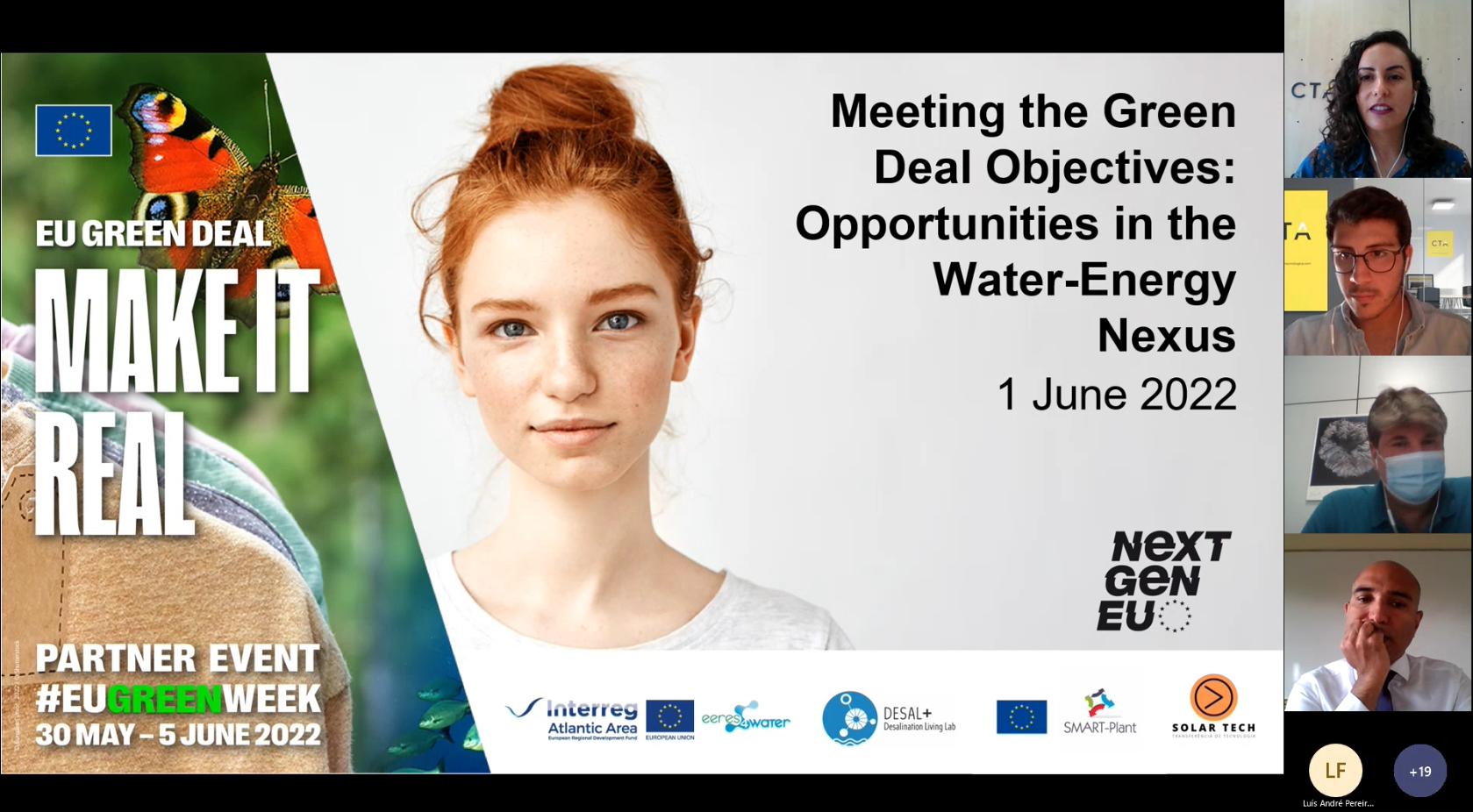 More than 35 attendees from different parts of Europe and 5 speakers attended the event, framed in the dissemination activities being carried out by the European project EERES4WATER. CTA leads this project, which is funded by the Interreg Atlantic Area programme, and in which 10 other partners from 5 European countries participate, with the aim of promoting resource efficiency in the water-energy nexus.

The recording of the event is available here

For more than 3 years, the project partners have been working on a package of technologies to make water management and energy-related processes more efficient. Wave-driven electricity generation, wastewater decontamination and desalination systems powered by renewable energy and pump used as a turbine are some of these technologies.

In addition, EERES4WATER has studied the open innovation ecosystem of each of the Atlantic regions participating in the project to promote public-private collaboration. The project will contribute to defining strategies and policies to optimise the energy management of the water cycle.

This year's edition focused on the European Green Deal, the EU's sustainable and transformative growth strategy for a resource-efficient and climate-neutral Europe by 2050