CTA has participated in the second phase of the International Congress on Circular Bioeconomy, aimed at disseminating tools and platforms to support bioentrepreneurship, in which more than 100 attendees have participated, mainly from Latin America. The event, which took place between July 13 and 15, has been organized by the Inter-American Institute for Cooperation on Agriculture (IICA), in collaboration with the Innovagro Network, in which CTA participates.

The project officer, Macarena Martínez, has presented the open innovation platform conneCTA, as a meeting point for innovative entities that offer and request technology, R&D results and scientific-technical capacities at international level.

The head of the Agri-food Sector, Nathalie Chavrier, and the consultant Carmen Girón, have presented CTA's innovation support model and the bioeconomy initiatives in which CTA participates.

Specifically, CTA has presented the training materials developed by the European project UrBIOfuture, which has been dedicated to promoting education and research in the bioeconomy. Likewise, he has shared the elearning modules on technologies for the bioeconomy, new businesses, policies and the use of agricultural chains that CTA has developed for IICA. 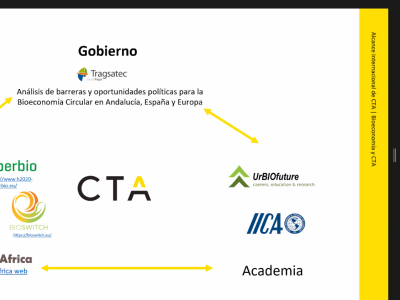 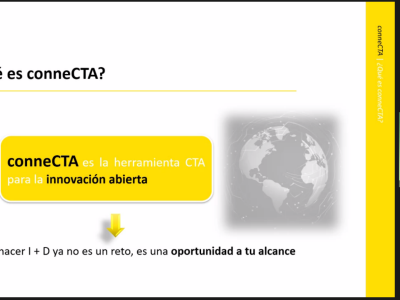